Our Covid-19 Updates and Procedures

Debbie has been our Dance Coordinator and Dance Company Director since 2013. She has trained with Yeoman's School of Dance, Golden's School of Dance, The Northwest Ballet Academy, and taken Master classes in jazz, ballet, modern, tap, and lyrical. Debbie has been a choreographer for local musicals and dance workshops throughout the area. She has also taught at local Park District dance schools and has choreographed for various award winning performance companies for the past 20 years. She is excited to share her love of dance with the award winning Rolling Meadows Park District Dance Company again this year. 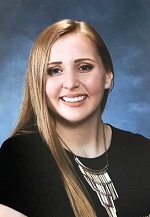 Jacqueline has danced at the Des Plaines School of Dance for 14 years studying ballet, jazz, modern, tap, and hip-hop. For four seasons she has been a member of the Des Plaines School of Dance's competition team, Artistry in Motion dance company. Being exposed to a competition team, Jackie had learned musical theater, lyrical dance, and other forms of dance. In high school she had been accepted to the Orchesis dance team at Maine West High School all four years of her career. Her fourth year, Jackie became the co-president. Being on Orchesis gave students, like herself, a chance to choreograph their own dances. Her senior year of high school, Jackie had been a part of the Senior Leader program, where students assisted P.E. teachers with freshmen P.E. classes. She learned leadership skills and the importance of teamwork. From her experiences, Jackie knew teaching dance was the next step in cultivating her passion for dance. Jackie is so grateful to be working with amazing students at Rolling Meadows Park District.

Kaley has danced with the Arlington Heights Park District for twelve years studying ballet, jazz, modern, lyrical, acro and musical theatre. This is Kaley's third year competing with the Vibe Dance Company at the Arlington Heights Park District. Kaley also participates in the dance curriculum at Prospect High School in the Fine Arts Department. In addition, Kaley is a senior leader at Prospect High School, assisting P.E. teachers with freshmen through senior students in the swim classes. She also assists the swim teams on the weekends. Kaley enthusiastically enjoys teaching dance to the students at the Rolling Meadows Park District. 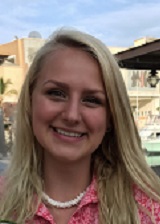 Go back to the Dance page