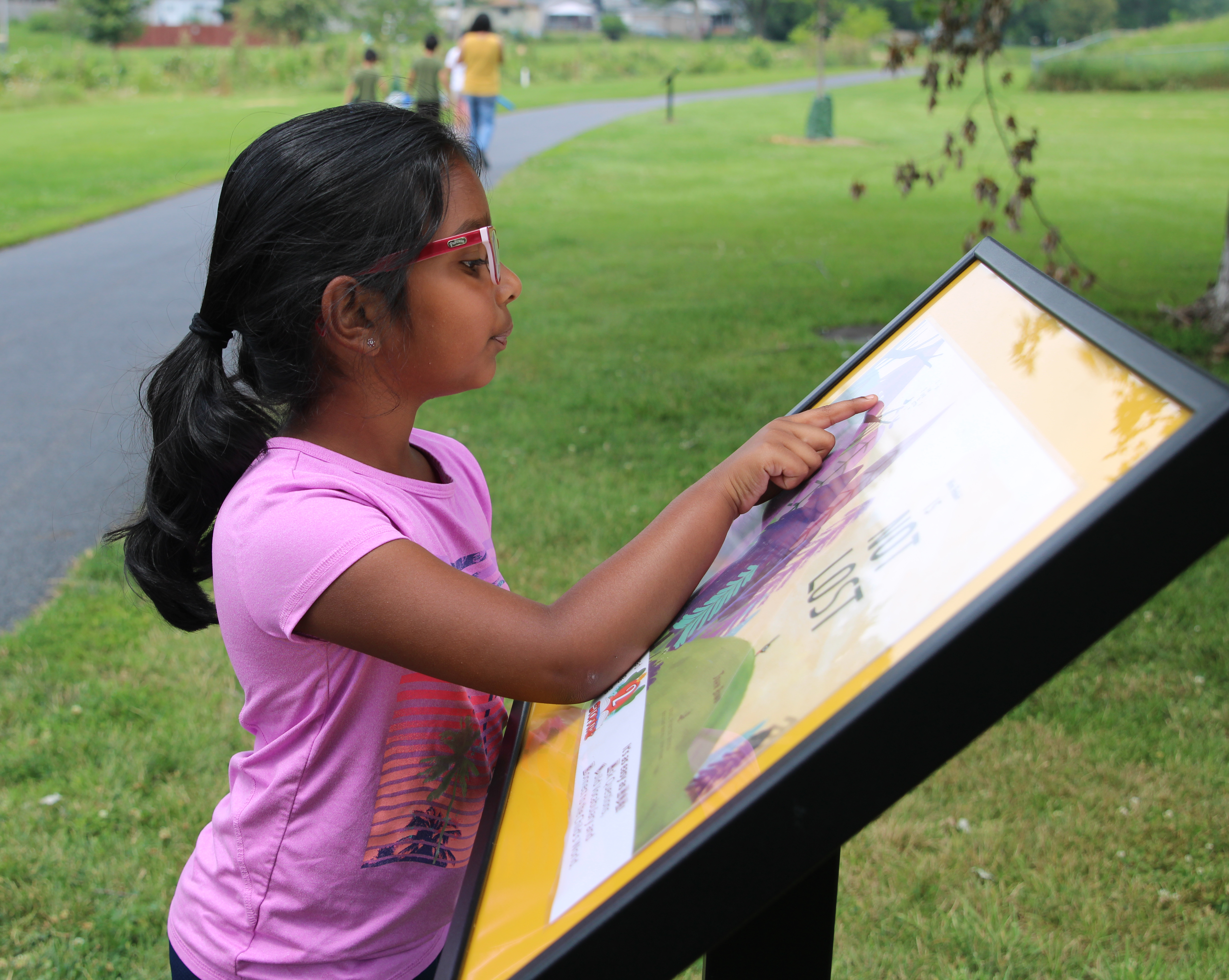 Combining the joy of reading with a relaxing walk through the park, StoryWalk® offers a unique recreation experience. On August 1, 2021, Rolling Meadows Park District partnered with Rolling Meadows Library to dedicate a permanent StoryWalk® along the path beginning at Community Center Park, following through South Salk Park and ending at the library.

"The StoryWalk® project is an amazing partnership that was developed between Rolling Meadows Park District, Rolling Meadows Park District Foundation, Rolling Meadows Library and also the Friends of the Rolling Meadows Library," Executive Director Kevin Romejko said during the ribbon cutting ceremony to dedicate the project. "The vision of StoryWalk® is to inspire our community to live happy and healthy lives. What better way to do that than to combine two important components in families and in children-those components being literacy and getting outdoors in our parks? It couldn't be more perfect to have this journey down the path from the Community Center to the Library."

The first featured StoryWalk® book is Mini Rabbit is Not Lost by John Bond. Books will be changed four times per year. Watch for the next book, The Leaf Thief by Alice Hemming and Nicola Slater set to appear along the path in October!